The Senegal star is ruled out for up to six weeks and the test against Jose Mourinho’s men is the first of nine he is set to miss.

Their reigning Player of the Season – named in the 30-man Ballon d’Or list of nominees on Monday – returned from Senegal duty with a hamstring injury that will sideline him for up to six weeks.

With three goals in his four top-flight appearances this term, Jurgen Klopp will not just miss the 25-year-old’s decisiveness in the final third, but his speedy transitions, tirelessness and ability to occupy several markers at once.

So how can the Reds boss counter the loss of a certified game-changer as he prepares to combat Jose Mourinho’s side?

Klopp does have more options to alter things than he did last season when Mane was unavailable through his participation at the Africa Cup of Nations, and later through meniscus damage in his left knee.

Liverpool still possess pace and explosiveness in Mohamed Salah, and £35 million deadline-day signing Alex Oxlade-Chamberlain will have the opportunity to step up and prove he should be a regular starter.

Fellow new acquisition Dominic Solanke has maximised his cameo appearances, and while it would be a surprise if he were to start on Saturday, it would not be unimaginable to see him in a top-flight starting XI soon.

Klopp will hope none of his other returning internationals give him further injury concerns and if everyone else is fully fit, here are a few of the ways he could set Liverpool up against United.

As ever, the competition for the full-back slots – especially on the right – is close.

COUTINHO AS THE LEFT FORWARD, CAN BACK IN MIDFIELD

Philippe Coutinho operated as the left forward to great effect last season, with the freedom to drift inside and be what the manager described as a ‘wing 10.’

Moving the Brazil international into the front three would allow Emre Can to return in midfield, offering more physicality as well as protection in the centre of the park.

However, removing Coutinho from his deeper spot would hamper the quality of supply to the forwards given he is the creator-in-chief.

Zero. That would be the number of Premier League games Oxlade-Chamberlain has started for Liverpool since his switch from Arsenal – a statistic he’ll no doubt be desperate to change this weekend. Klopp has said he has a long-term plan for the 24-year-old, and while massive conclusions should rightly not be drawn on his time at Anfield so far, it will be unflattering for the player if he still can’t make the XI following Mane’s injury.

If Klopp opts to push Coutinho into the attack, Oxlade-Chamberlain can have the chance to function in his preferred central midfield role at the expense of the out-of-form Gini Wijnaldum.

“He is a very good football player,” the German said of his final purchase this summer. “He is good in small spaces. Really good in big spaces. A good dribbler. A good passer.” 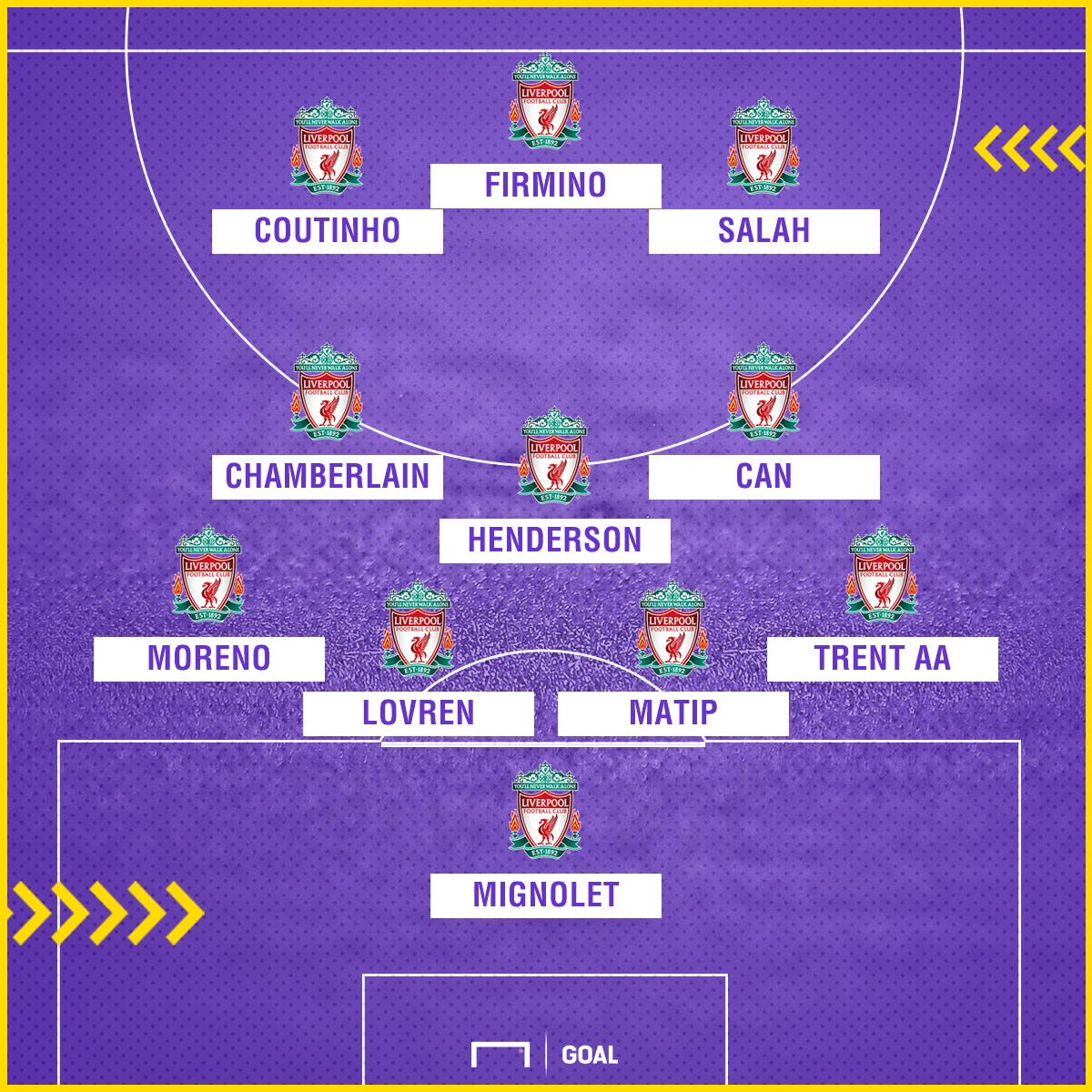 START OXLADE-CHAMBERLAIN AS THE LEFT FORWARD

Klopp believes the England international is capable of playing either side of a focal point or in front of the No. 6. There is potential for him to stick with Coutinho in midfield and play Oxlade-Chamberlain in Mane’s position, which would circumvent the loss of the playmaker’s artistry from deep.

‘Ox’ would provide more pace there than the Brazilian, but is unlikely to be as decisive in front of goal. 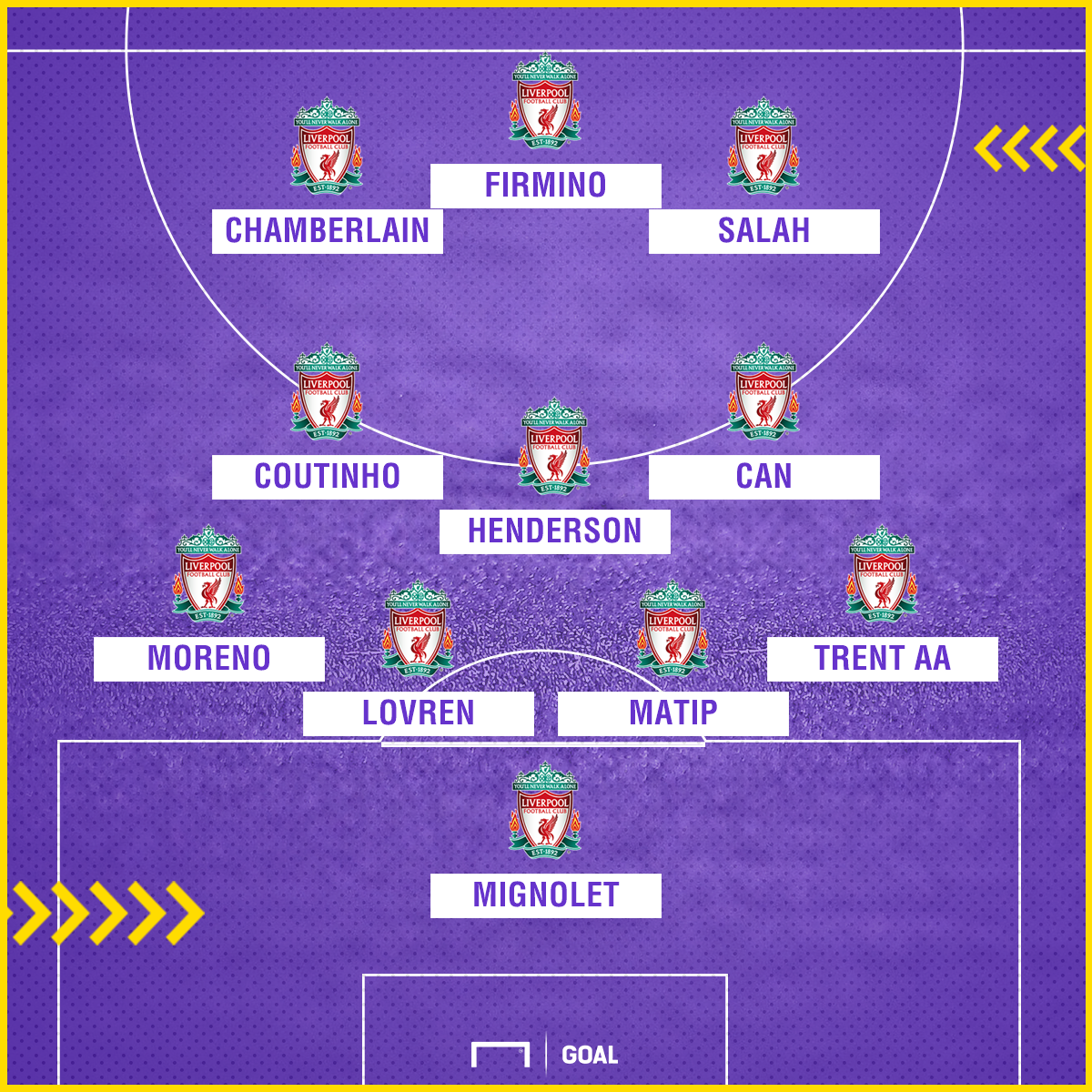 Roberto Firmino’s influence fades out wide, so this isn’t necessarily the most effective option but it allows Daniel Sturridge to get more minutes and more rhythm.

Solanke could also be used as the central point of the attack, while Klopp also has Ben Woodburn to consider, and can also use James Milner in midfield or as a full-back on either flank. 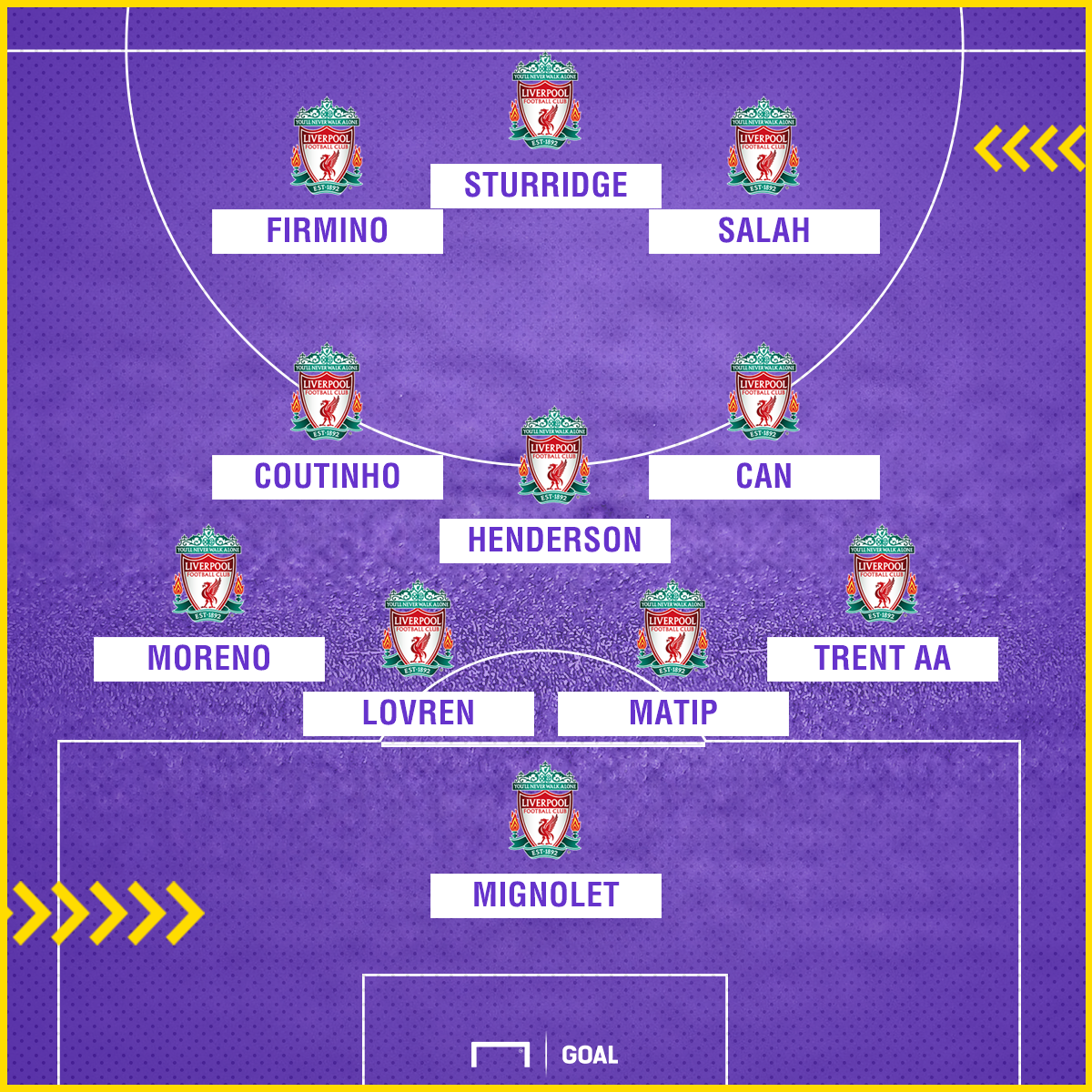 There is also the chance to switch formation, with Liverpool using the diamond at the end of last season when Mane was unavailable through injury.

Klopp is not short of options, but losing the Senegal star during such a vital period is still a sizeable setback, especially with Adam Lallana and Nathaniel Clyne still sidelined.